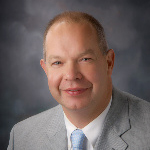 Since 1994, he has worked at Bekum America and is one of the founding members of Bekums European style, widely acclaimed Apprenticeship program.

Mr. Saur will provide first hand insight into Bekum’s active commitment as a local leader in training and education. In addition to being Bekums Director of Manufacturing, Martin serves as the Chairman of Bekum’s apprenticeship program and he is closely involved in the mentoring of each apprentice who participates in the program. Bekum’s 4-year, 8000 hour work-study program has been recognized as one of Michigan’s leading apprenticeship programs and it has been featured in several newspapers, various local magazines, including the Lansing Regional Chamber of Commerce as well as Michigan Manufacturing Association’s Insight publication, and it also was a prestigious Merlin Award winner in 2007.