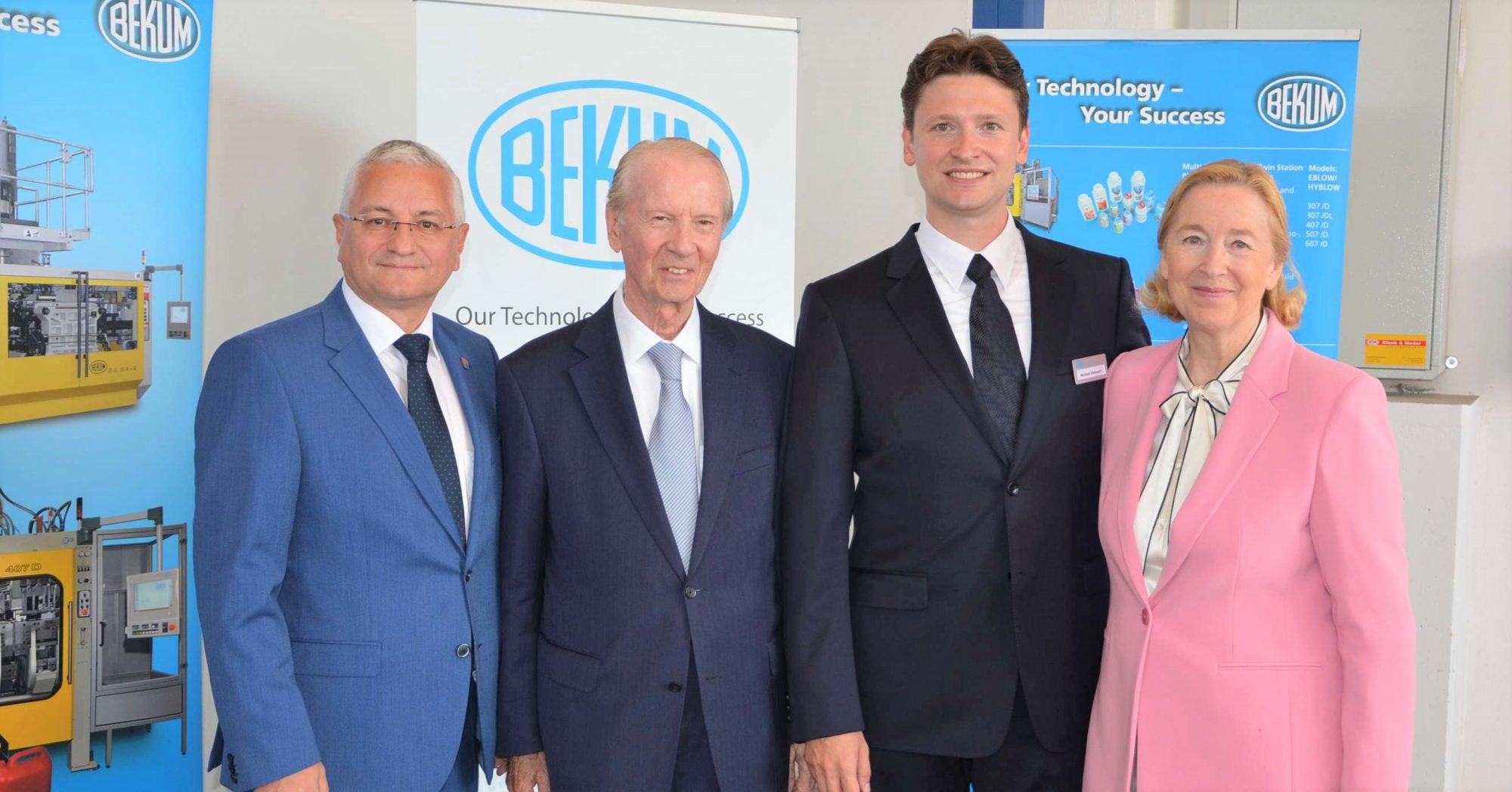 Traismauer, 12th October 2018, BEKUM Maschinenfabrik Traismauer GesmbH celebrated its 50th anniversary with a colourful and happy ceremony. The family owners, the Mehnerts, celebrated this special day together with the workforce, their families and many guests of honour from the world of politics and business. The ceremonial program focussed on presentations of the latest blow-moulding series of machines – xBLOW – and tours of the company for the guests.

An Austrian success story
The Traismauer industrial complex, which currently includes the BEKUM Maschinenfabrik Traismauer GesmbH building, was founded more than 90 years ago. Up to 1945, aircraft components were manufactured in this block of buildings.

After the second factory owner, the VOITH technology group, closed down the production offirewood processors, paper machines and turbo gearboxes for locomotives in 1968, the production halls and inventory were put up for sale. For BEKUM Maschinenfabriken GmbH located in Berlin, which had been founded 10 years beforehand and whose business was growing swiftly, this company acquisition was a major project in terms of the company’s evolution. This was because, at this point in time, the Berlin Wall greatly hampered the ability to attract sufficiently qualified employees and industrial sites were few and far between. At the same time, in two stages, more than 150 qualified skilled workers and foremen were re-employed.

September 1968 saw the start-up of BEKUM Traismauer and, during the course of the first few months, it manufactured machine parts for production in Berlin. As a reliable partner and supplier of top quality, the production range was continuously extended through the manufacture of key components such as steel housings, locking systems, extruders and blower heads.

BEKUM, the high-flyer in the nascent blow-moulding industry, increased its production range and – in Traismauer – it manufactured and mounted not only parts, but also complete large-scale blowing machines in the BA series for bulk canisters, drums and containers. Advanced and new developments in this series resulted in machines for technical parts, fuel tanks for automobiles and double-station blow moulders for canister production. This is how extremely successful large-scale blowing machines in the BA series evolved, with their development being the full responsibility of the BEKUM Traismauer site from 1994 onwards.

The machine range has been continuously improved and enlarged through the company’s own design, development and process engineering departments. Down through the years, other globally-significant customers in the automobile, packaging and additional industries have also been brought on board.

Fit for the future
From autumn 2015 onwards, all European blow moulding machines have been built by BEKUM in Traismauer only. The site has also been greatly expanded with more than 7 million euros being invested and almost 70 new employees hired.

In a ceremonial address, the managing partner, Michael Mehnert, underlined the company’s core values: “Quality, service and leading technology are the three things that encapsulate the brand essence of BEKUM. This was the basis for success in the past and these values are also our way ahead into the future.” He also provided an outlook about future developments in blow moulding machines at BEKUM.

With an innovative machine design of well-known quality, the positive commitment of our employees, reliable partners along with our loyal and new customers, the company is evolving continuously and looks forward positively to what lies ahead for the next 50 years.