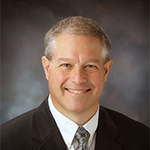 Bekum America Corporation proudly announces the appointment of Steven D. London to the position of President and Chief Operating Officer, effective January 1, 2016. Previously, Mr. London held the position of Executive Vice President and C.O.O. Mr. London earned a B.S. degree in Electrical Engineering Technology from Ferris State University and an MBA from the University of Michigan. In addition, Mr. London currently serves on the Society of Plastics Industry (SPI) National Board of Directors. In 2013, Mr. London earned a certificate from Duke University Executive Education Leadership Program and was awarded the Distinguished Alumni Award from Ferris State University in 2014.